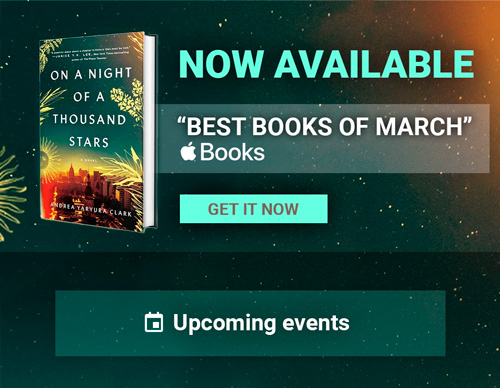 Author of the novel,

ON A NIGHT OF A THOUSAND STARS

In this moving, emotional narrative of love and resilience, a young couple confronts the start of Argentina's Dirty War in the 1970s, and a daughter searches for truth twenty years later.

Argentina, 1973. Santiago Larrea and Valentina Quintero, university students from different social classes, are in love. Their romance is soon upended by the political upheaval and violence of the "Dirty War". Friends start to disappear. One day, Valentina is also kidnapped. Santiago sets out to find her but is soon forced to make his own escape.

New York, 1998. Santiago, now a diplomat and financier, is holding court alongside his wife, Lila, and their daughter, Paloma, at their annual summer soiree. All seems perfect in the Larreas’ world—until an unexpected intrusion from Santiago’s past shakes his usually unflappable demeanor. Paloma’s curiosity about her father’s past is sparked, and she travels to Buenos Aires to learn more.

In Argentina, Paloma meets Franco, a member of a group whose parents were assassinated, disappeared, or exiled during the "Dirty War". With Franco’s help, Paloma uncovers family secrets, leading her to question her identity and putting her life in danger. As their lives intertwine, Paloma and Franco’s pursuit of the truth also turns into a search for true love.

Sweeping through time and spanning generations and continents, On a Night of a Thousand Stars is a meditation on the power of truth, love, and redemption.